Visitors, residents caught up in evacuation 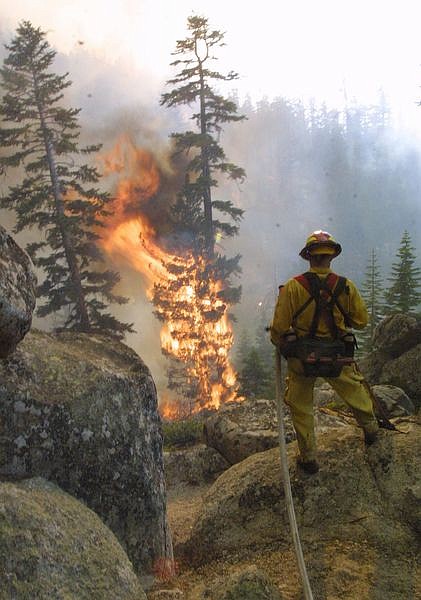 North Lake Tahoe Fire Department Capt. Steve Alcorn waits for water while fighting hot spots on the Gondola Fire Wednesday, July 3, 2002 near Stateline, Nev. The fire started near the base of the Heavenly Ski Resort gondola and quickly spread to an estimated 200-acres by Wednesday afternoon. Much of the Kingsbury Grade area was evacuated. (AP Photo/Nevada Appeal, Cathleen Allison)