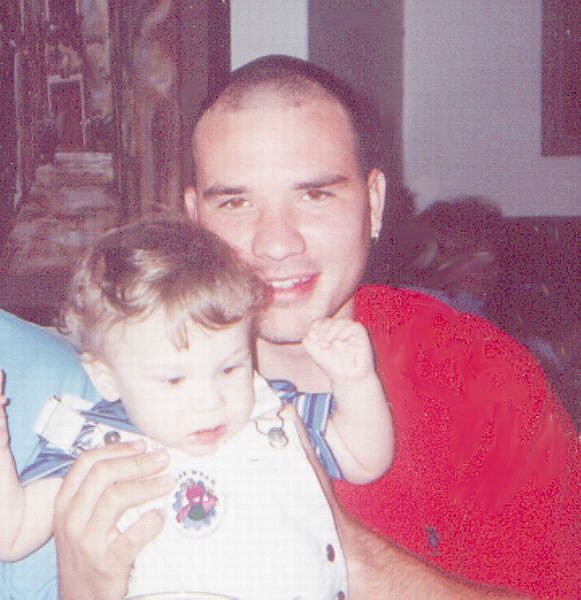 Chalin, 1, and his father Cody Marcum in a family photo. Cody was an inmate at the Carson City jail whjen he commited suicide on Friday.