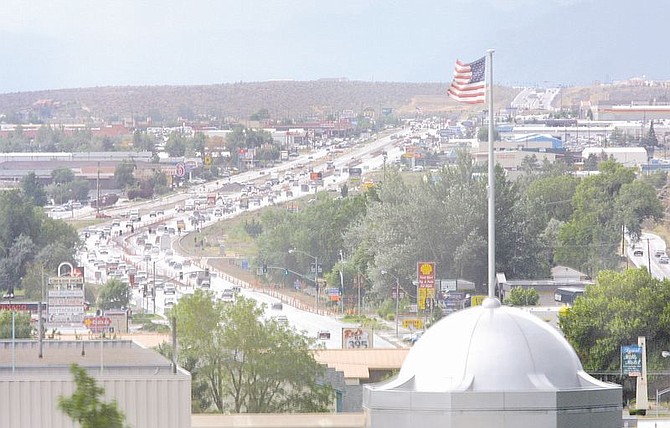 Travelers face summer thunderstorms as they wend their way down South Carson Street, as seen from the top of the Capitol, Thursday. South Carson Street is traveled by by an estimated 45,000 cars daily and is undergoing construction that includes an expansion from four to six lanes and new sidewalks. The $2.1 million overlay project should be done in August.