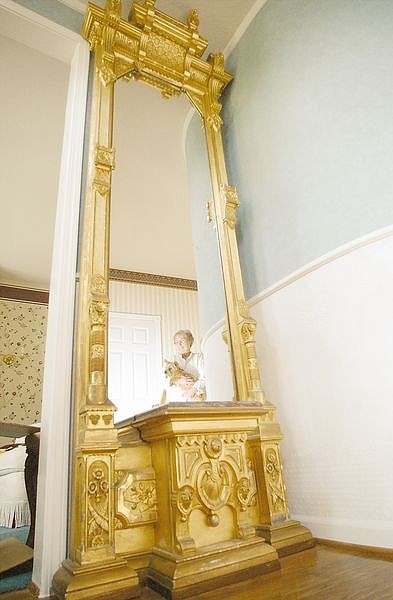 Shirlee Veverka stands next to a vintage mirror which was originally a part of the Rinckel Mansion Wednesday afternoon. She has positioned it in her new home.