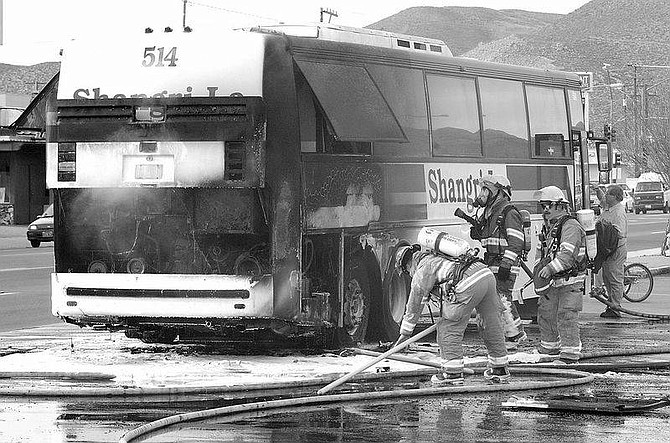 Rick Gunn photoFirefighters were called when a tour bus caught fire in front of Grocery Outlet on North Carson Street on Wednesday afternoon. The flames from the engine engulfed the bus.