Carson grad serves in Afghanistan HE IS AN AIRMAN 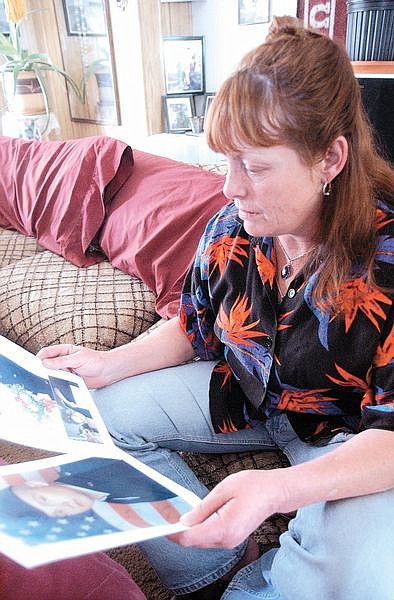 Shayne Parker looks at photos of her son, John Paul Ortstadt, who is serving in Kandhar, Afganistan as a maintance crew chief for cargo planes. Photo by Brian Corley