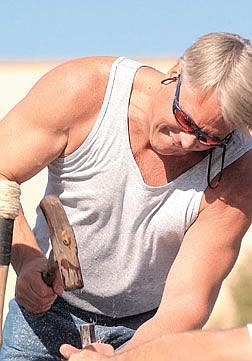 Photo by Brian CorleyKen Roberts drills a hole during the Nevada Day Rock Drilling Competition held at the Nugget parking lot. Roberts drilled a 6 and 31/32 inch deep hole in a ten minute period.