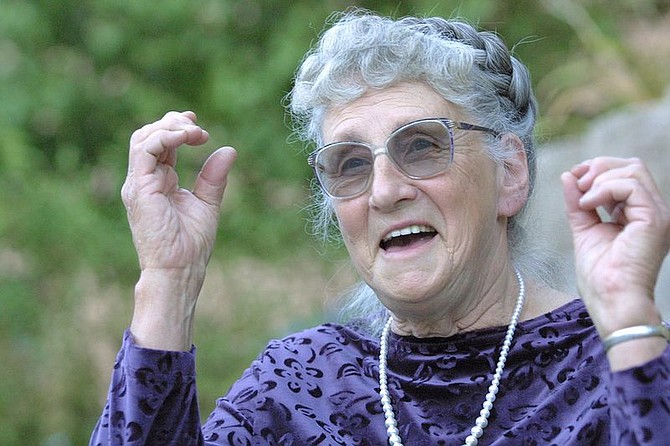 Lois Price, of Fallon, shakes her hands in joy on Thursday night in celebration of earning her GED, 58 years after leaving high school. Price, 72, was among 35 graduates who recieved their degrees during a graduation reception at Western Nevada Community College.