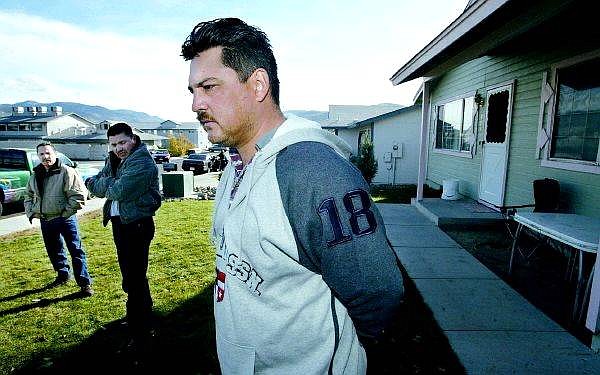 CATHLEEN ALLISON/NEVADA APPEAL Filiberto Anguiano talks Wednesday about his wife Bertha&#039;s disappearance in the family&#039;s front yard in East Carson City. Bertha Anguiano has been missing since she dropped her 6-year-old son off at school Monday morning. The couple&#039;s youngest son, 3-year-old, Andrew who was with his mother when she disappeared, was found alone about 9:30 a.m. with a head injury 15 miles from home.