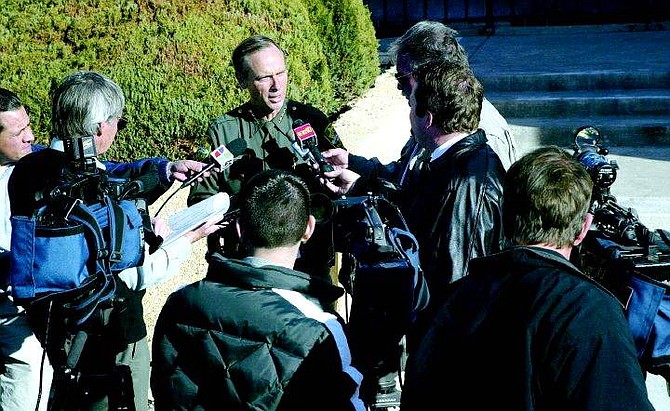 CATHLEEN ALLISON/NEVADA APPEAL Carson City Sheriff Kenny Furlong answers media questions about a woman missing since Monday, at the Sheriff&#039;s Department in Carson City, Nev. on Thursday, Nov. 13, 2003. Bertha Anguiano, 33, has been missing since she dropped her 6-year-old son at school on Monday morning.