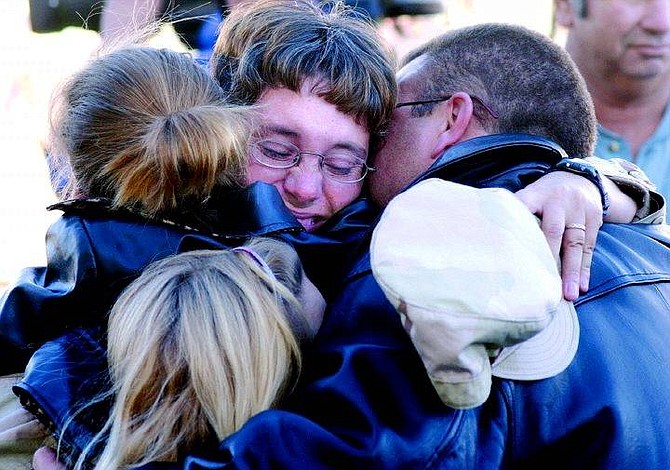 Sgt. Tanya Leonard hugs her Family Wednesday morning at the Carson City Airport after returning from Iraq. She is show hugging her husband Steven and her daughters Britney, 9, (on left) Sydney, 11, and Sierra, 9 (not shown).