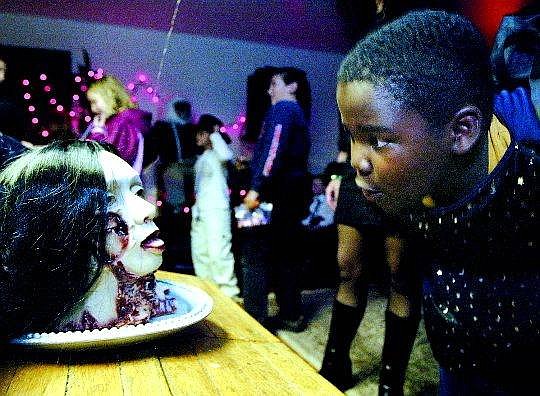 Cathleen Allison/Nevada Appeal Brandon Green, 9, checks out the decor at the Realty Executives Haunted House Thursday night. A group from the Boys and Girls Club of Western Nevada got a sneak peak at the haunted House which will be open to the public Friday night from 5 to 7:30 p.m. at 180 Cogorno Way.