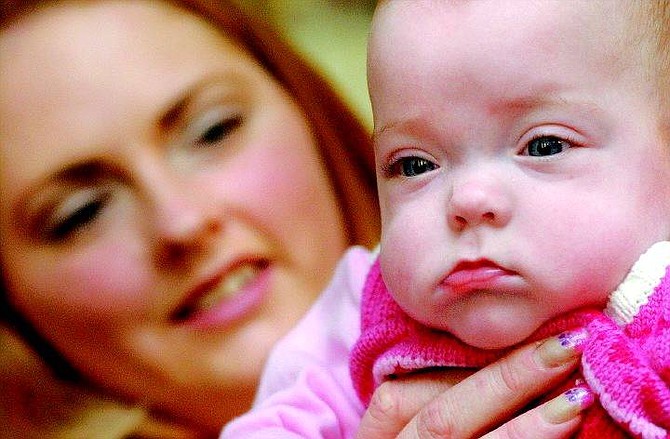 Rick Gunn/Nevada Appeal Joy Tackett holds her daughter Mackenzie who was born premature. Her birth weight was 1 pound 15 ounces and is now in good healthy.