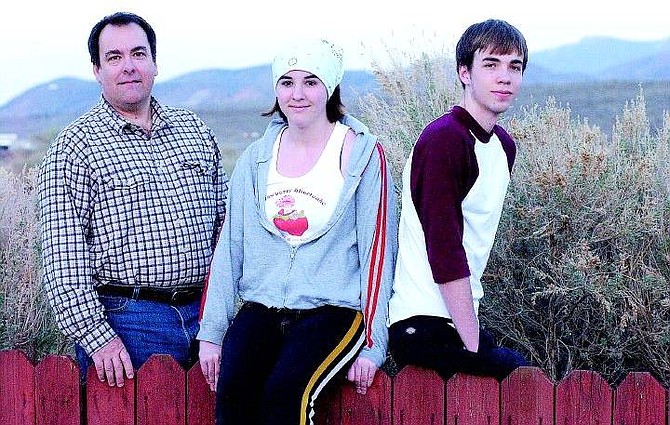 Rick Gunn/Nevada Appeal Jason Clark stands with his niece Caitlin Berger, 14, and Kyle Berger, 15, in front of their Carson City home. Clark, a crew member on the movie, &quot;Hidalgo,&quot; coordinated roles as extras for the two Carson High School students.