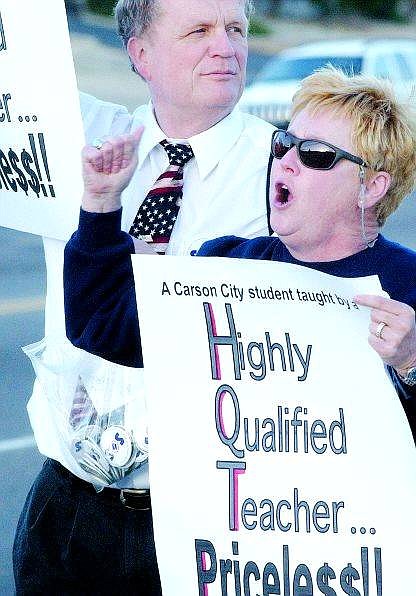 Rick Gunn/Nevada Appeal Susan Oakwood stands next to Terry Hickman, president of the Nevada State Education Association, as she encourages cars to honk to support her protest of &quot;the way the board is doing business&quot; Tuesday in front of the Carson City Community Center. Teachers and classified employees picketed to protest layoffs and a lack of raises.