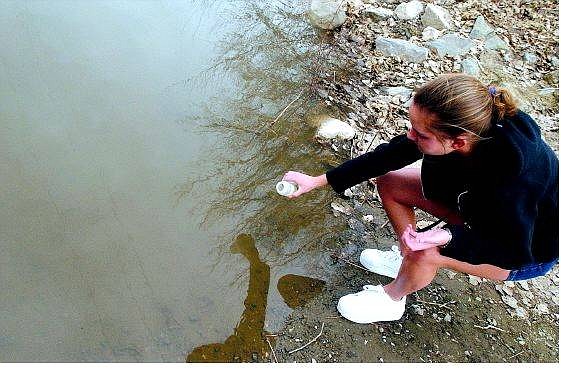 BRAD HORN/Nevada Appeal Alexis Thrower, 16, tests water at the Carson River Monday afternoon. The Carson High School student earned third-place honors at the regional science fair for testing fecal coliform in local surface water. She will compete in May at the International Science and Engineering Fair in Portland, Ore.