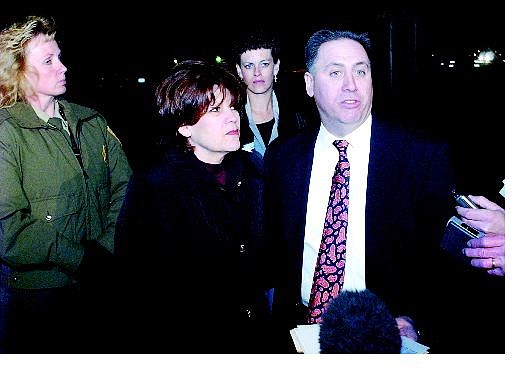 Rick Gunn/Nevada Appeal Terry Rosenstock, right, and his sister Mindy Dinburg make a statement after the execution of Lawrence Colwell Jr. at the Nevada State Prison on Friday in Carson City. Their father, Frank Rosenstock, was murdered by Colwell in Las Vegas in 1994.