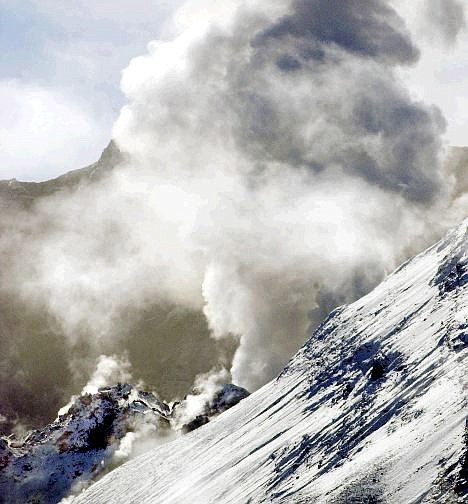 The lava dome, lower left, in Mount St. Helens crater, is surrounded by steam as a large steam vents above the crater rim in southwest Washington Sunday, Oct. 10, 2004. The volcano began non-stop steam venting early in the continuing into the afernoon. (AP Photo/Don Ryan)