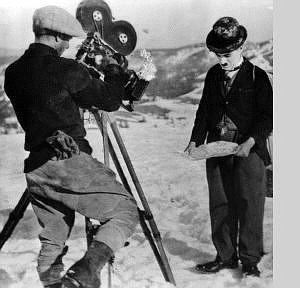 Provided to Nevada Appeal News Service Rollie Totheroh films Charlie Chaplin during the making of &#039;Gold Rushi&#039; in Truckee in 1924.