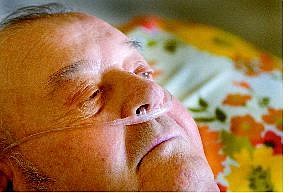 Nevada Appeal News Service Glenn Downer is confined to a bed in his home and is now partially paralyzed after he was bitten by a mosquito and contracted West Nile virus.