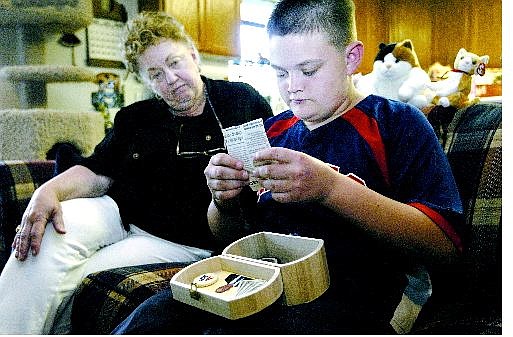 Kyle Matsko, 13, sorts through a memory box he made for his grandfather, Donald Revelle, with his grandmother Nellie Revelle at her Dayton home Wednesday. They received hospice care during her husband&#039;s illness. Cathleen Allison Nevada Appeal