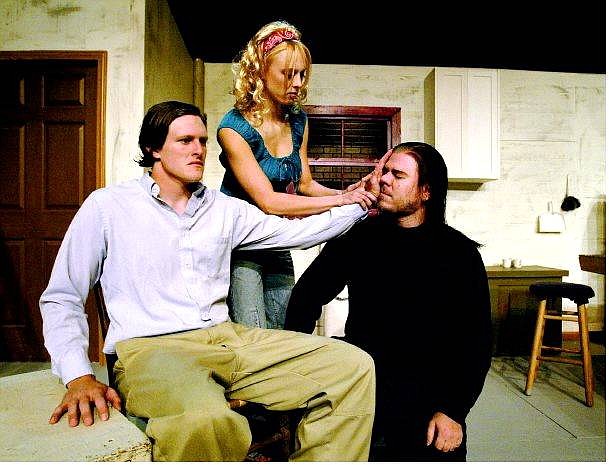 Cathleen Allison/Nevada Appeal From left, Andrew Johnson, Amy Gotham and Warren Schader rehearse for &quot;Butterflies Are Free&quot; at the Brewery Arts Center on Monday. Below, Johnson and Gotham rehearse another scene from the play.