Incline estate is fourth most expensive property on the market in the U.S. 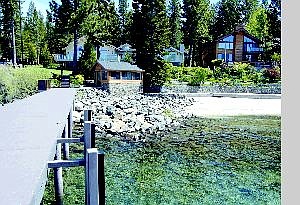 The fourth most expensive property in the United States is on sale on Lakeshore Boulevard in Incline Village. For the asking price of $60 million buyers will get more than 340 feet of lakefront property, an 11,000-square-foot main house, two piers, a carriage house and two guest houses. Emma Garrard/Nevada Appeal News Service