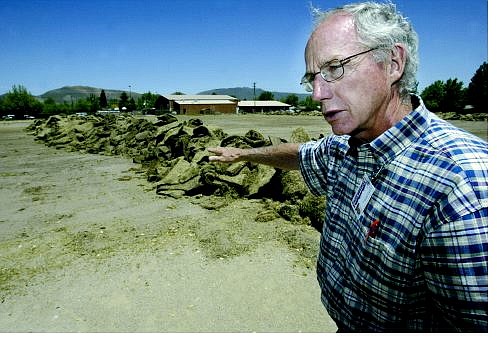 Mike Mitchell, director of operations for the Carson City School District, talks about the plans for a new track at Fritsch Elementary School on Wednesday afternoon. The quarter-mile long track is expected to be completed by the end of June, but not open to use until October. Cathleen Allison Nevada Appeal