Living history exhibit explains the 'why' behind construction of V&T 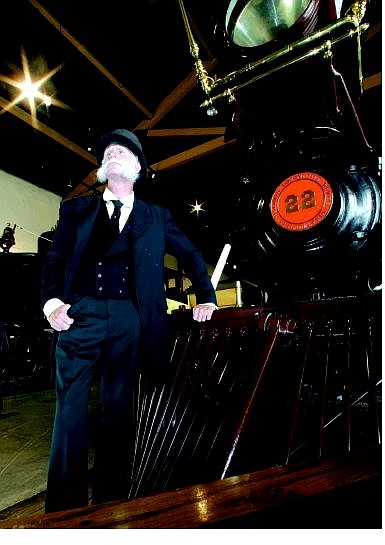 BRAD HORN/Nevada Appeal James Saylor, portraying Henry Yerington, stands next to the Inyo No. 22 at the Nevada State Railroad museum on Friday afternoon. The museum celebrates its 25th anniversary this weekend.