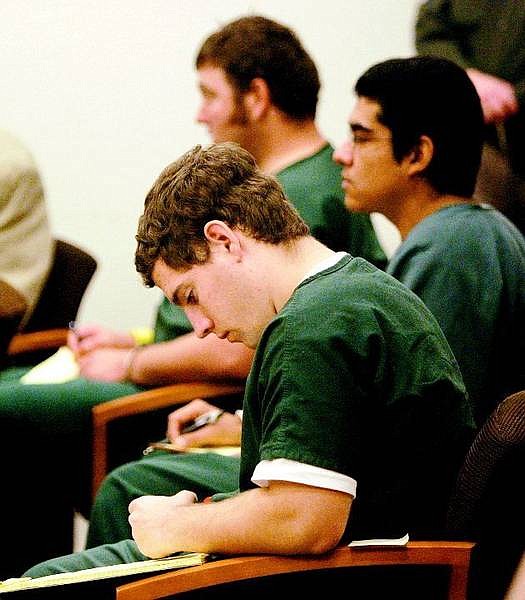 Cathleen Allison/Nevada Appeal Defendants in the murder of Adam Wells, from front, Danny Shaw, Tyler Cruz and Fred Carl Bechtold listen during a preliminary hearing Friday morning. Juan Cervantes, Jr., not shown, is also on trial in the murder.