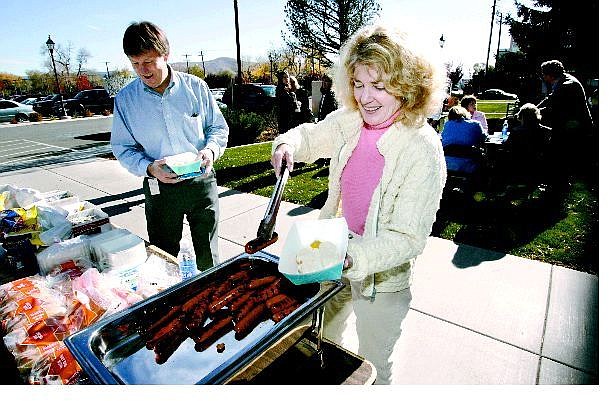 Cathleen Allison/Nevada Appeal State employees Layne Wilhelm, left, and Susan Mears serve up some lunch at a State of Nevada Employees Association hosted barbecue at the Kinkead Building on Thursday. State officials are applauding a decision from the Interim Finance Committee to move workers out of the building by next spring.