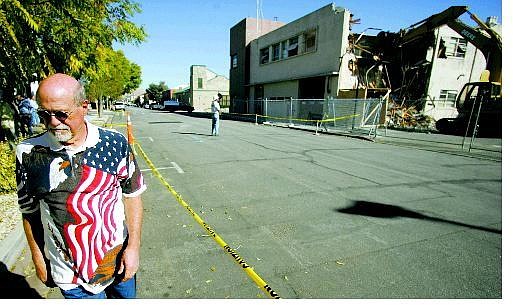 Brad Horn/Nevada Appeal Bob McCulloch, a retired firefighter with the Warren Engine Co., walks away after watching the building he worked in for 28 years being torn down Friday.