Couple nears end of 4,900-mile hike from coast to coast 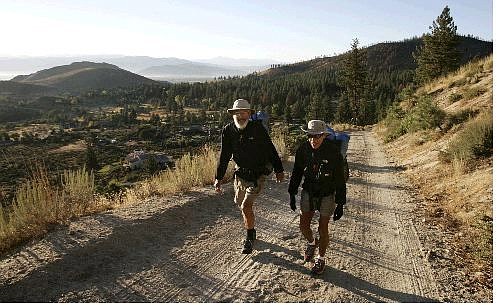 Cathleen Allison/Nevada Appeal Ken and Marcia Powers hike on the American Discovery Trail near Carson City, Wednesday. The Pleasanton, Calif., couple plan to cross the Sierra Nevada crest this weekend as they near the end of their 4,900-mile trek from coast to coast. The Powers are trying to become the first backpackers to complete the official route of the transcontinental American Discovery Trail in one continuous hike.