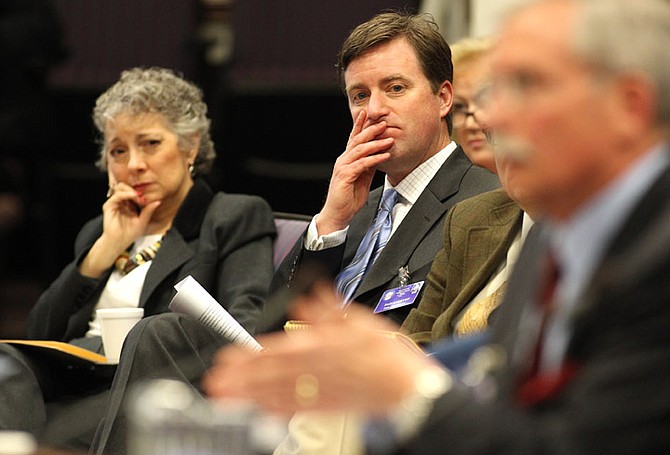 Nevada Assemblywoman Peggy Pierce, D-Las Vegas, left, and mining lobbyist Tim Crowley, center, listen to testimony against Pierce&#039;s proposal to retool a mining tax formula during a hearing on Thursday, April 7, 2011, at the Legislature in Carson City, Nev. Crowley also testified against the bill saying the industry supports a broad-based business tax, not one that singles out just the mining industry. (AP Photo/Cathleen Allison)