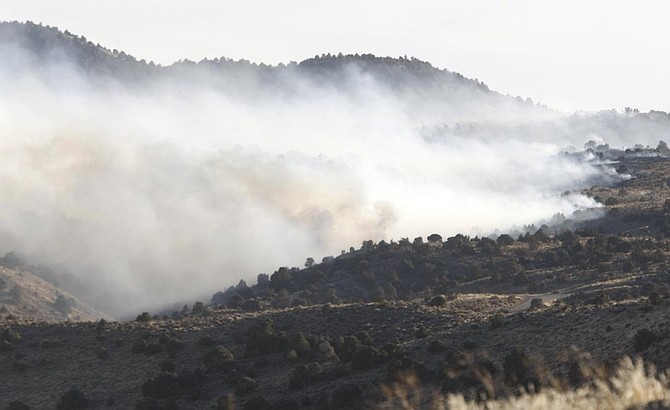 Shannon LItz/Nevada AppealThe Laurel fire has burned up to 400 acres, but homes are no longer being threatened.