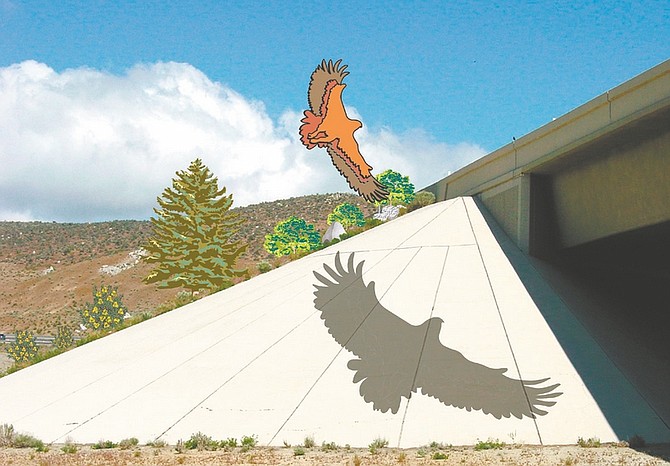 The first chapter of the History in Motion story was Eagle Valley located at the North Carson Street Interchange. The soaring eagle and its corresponding shadow is reminiscent of Eagle Station, where the valley got its name.