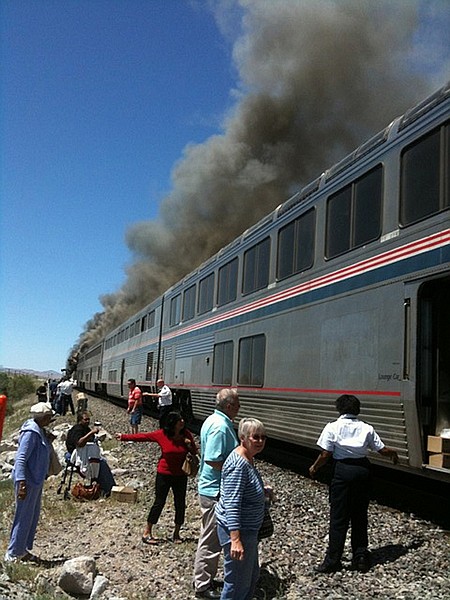 In this photo provided by Ron Almgren. passengers and Amtrak train staff are seen at the site of a collision between an Amtrak westbound train and a truck on U.S. 95 about 4 miles south of Interstate 80 on Friday, June 24, 2011, 70 miles east of Reno, Nev. The truck driver and one person on the train were killed said Nevada Highway Patrol Trooper Dan Lopez. An unknown number of other people on the train were injured and were being taken by ambulances to the hospital. (AP Photo/Ron Almgren)