Foraging critters a bigger problem for gardeners than drought, heat 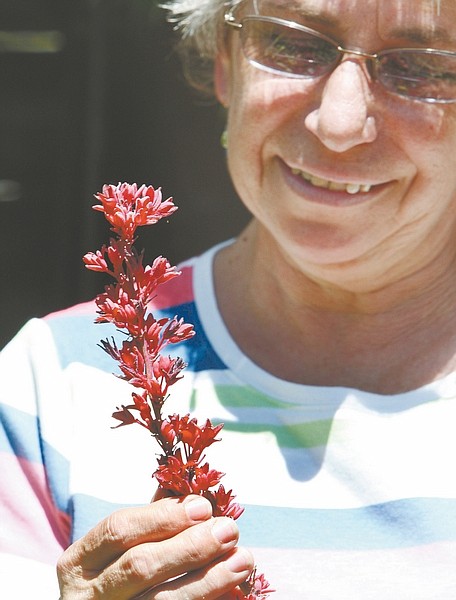 Nancy Marino, who works at the Greenhouse Garden Center, inspects the bloom on a yucca plant, which is very drough tolerant.