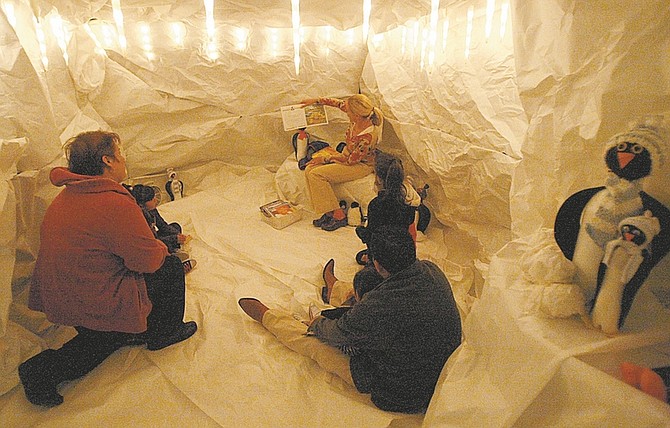 Shannon Litz/Nevada AppealLynnette Conrad of the Carson City School Board reads a story in the snow cave at Empire Elementary School on Thursday night.