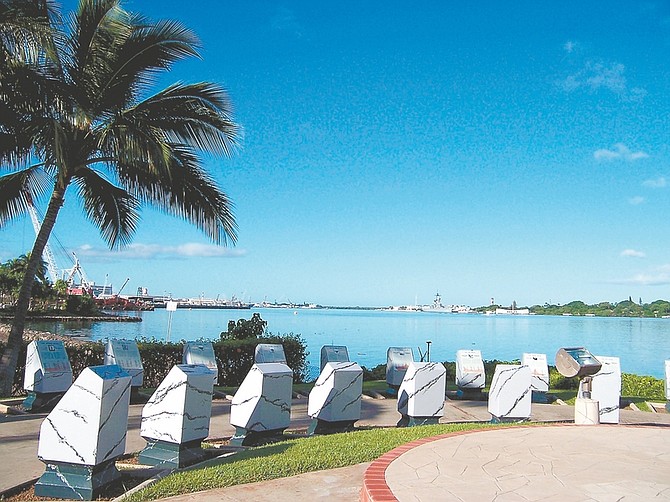 Photos Courtesy of Ken BeatonFord Island is seen across Pearl Harbor, Hawaii, from the memorial for U.S. submarines that never returned to port. The Arizona Memorial is the white building with the slight dip in the middle of the roof. The USS Arizona, BB-39, lost 1,177 men on Dec. 7, 1941, the beginning of World War II. The grey ship to the left of the Arizona Memorial is the USS Missouri, BB-63, where the instrument of Japanese surrender was signed, ending the War.