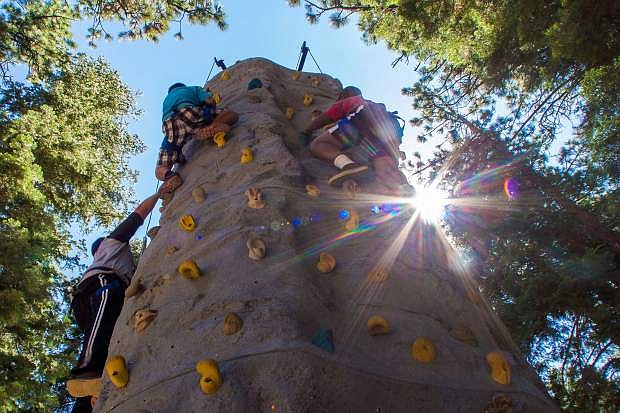 Campers at the Firefighters Kids Camp scale a rock climbing wall. The camp caters to children who have suffered from severe burn injuries.