All aboard the Norhtern Nevada Railway 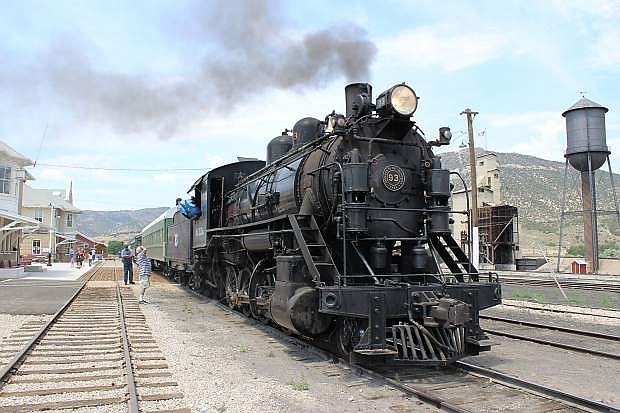 Steam Engine Number 93, built in 1909, is one of the historic pieces of rolling stock still in use at the Nevada Northern Railway, an authentic early 20th century railroad that offers rides to the public.