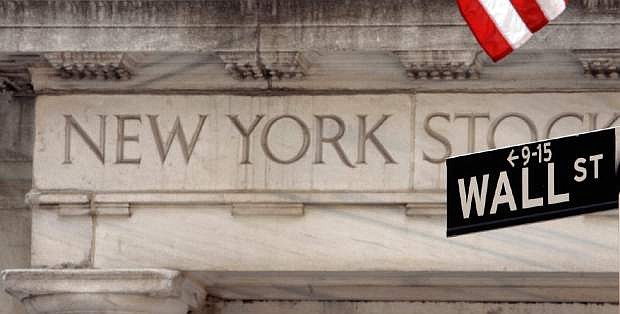 FILE - In this May 11, 2007 file photo, a Wall Street sign is seen at an entrance to the New York Stock Exchange. Three years after President Barack Obama signed a sweeping overhaul of lending and high-finance rules, implementation of the law is behind schedule with scores of regulations yet to be written, let alone enforced. Obama was meeting with top banking regulators Monday, Aug. 19, 2013, for a status report with the five-year anniversary of the financial meltdown approaching this fall. (AP Photo/Richard Drew, File)