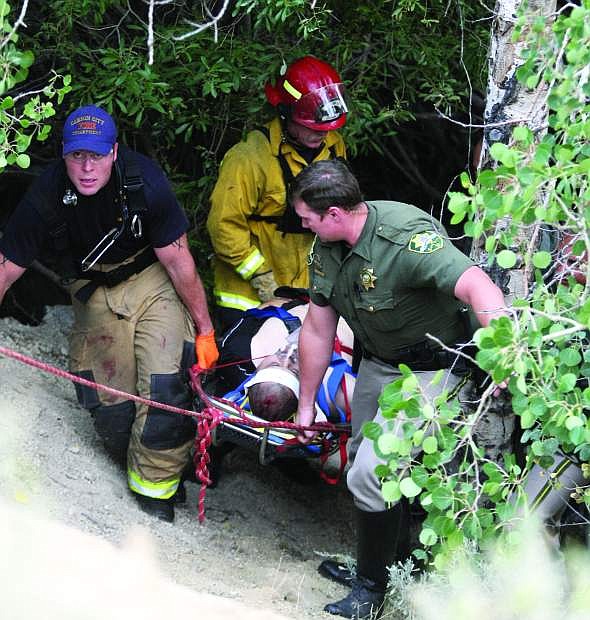 Carson City sheriff&#039;s deputies, firefighters and paramedics carry a man up an embankment near Clear Creek Road on Friday evening after he fell while rock climbing.