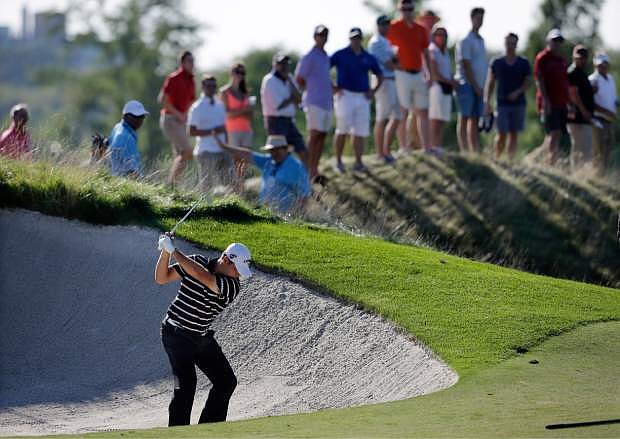 Gary Woodland hits from a trap on the 15th hole during the third round of The Barclays golf tournament Saturday, Aug. 24, 2013, in Jersey City, N.J. (AP Photo/Mel Evans)