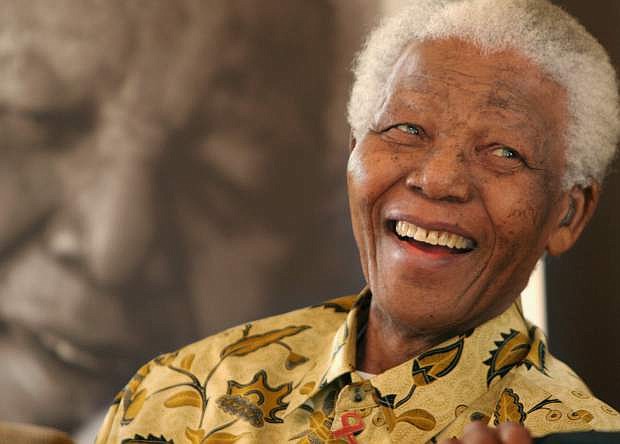 FILE - In this Dec. 7, 2005, file photo, former South African President Nelson Mandela, 87, is in a jovial mood at the Mandela Foundation in Johannesburg, where he met with the winner and runner-up of the local &quot;Idols&quot; competition. South Africa&#039;s president says Nelson Mandela has died. He was 95. (AP Photo/Denis Farrell, File)