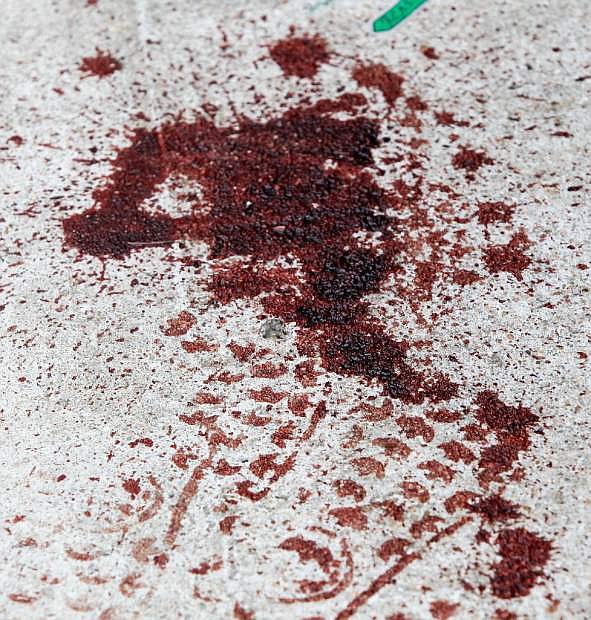 Bloody footprints seen outside the house in the 7318 Enchanted Creek, Sunday, Nov. 10, 2013, after two people were killed and at least 22 others were injured Saturday night when gunfire rang out at a large house party in a Houston suburb, sending partygoers fleeing in panic, authorities said. Authorities say they&#039;re seeking two gunmen. (AP Photo/Bob Levey)