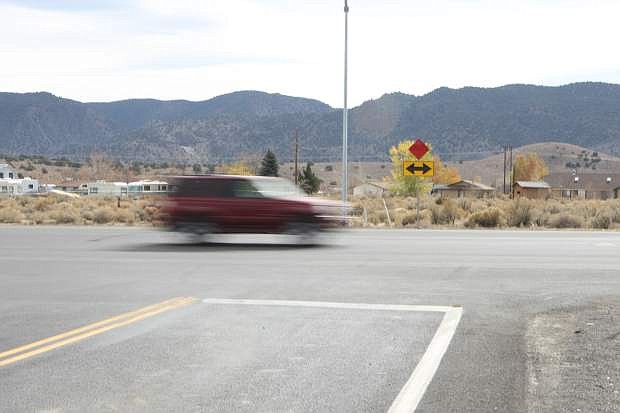 A car travels west on Highway 50 at the turn from Highway 341, the road to Virginia City, last year.