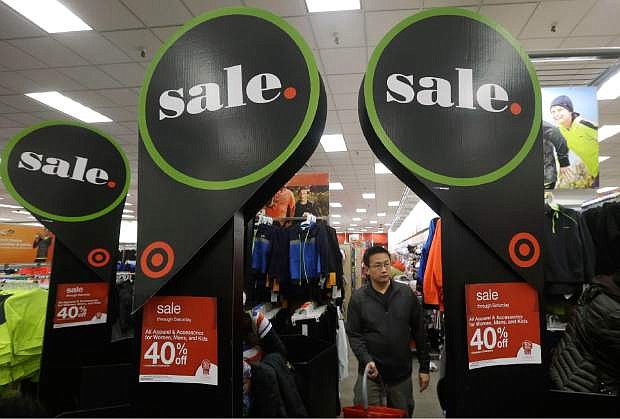 A man walks under sale signs at a Target Store in Colma, Calif., Thanksgiving Day, Thursday, Nov. 28, 2013. Instead of waiting for Black Friday, which is typically the year&#039;s biggest shopping day, more than a dozen major retailers opened on Thanksgiving day this year. (AP Photo/Jeff Chiu)