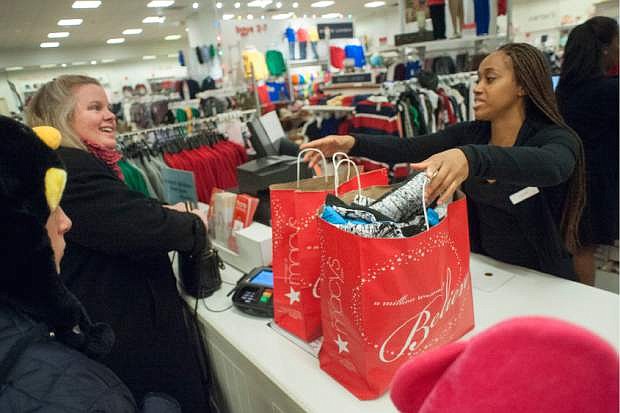 This Nov. 28, 2013 photo released by Macy&#039;s shows Wendy Landry, left, purchasing items from sales associate Ashley Smith at the Macy&#039;s Lenox Black Friday store opening in Atlanta. In the pre-dawn hours Friday, as some early-rising shoppers were heading into malls in search of Black Friday deals, others had been up shopping all night in stores that opened the evening of Thanksgiving or at 12:01 a.m. Friday. (AP Photo/Macy&#039;s, Paul Abell)