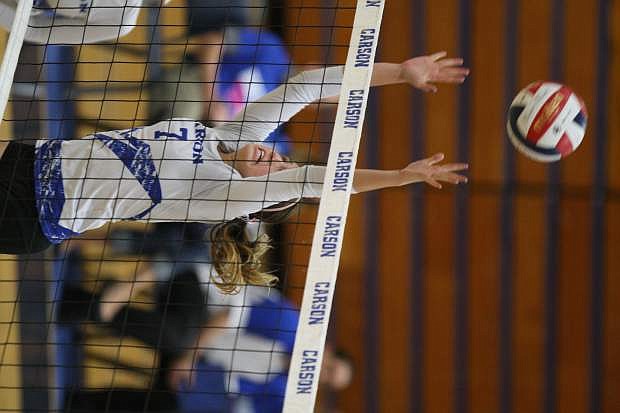 Skylar Jones defends the net in a match against Douglas on Tuesday.