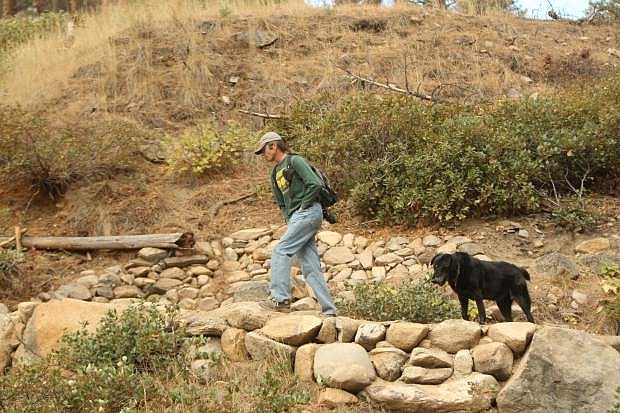 Trail builder Jeff Potter walks with his dog Tank up a switchback that he helped to construct on the multi-use trail between Ash and Kings canyons.