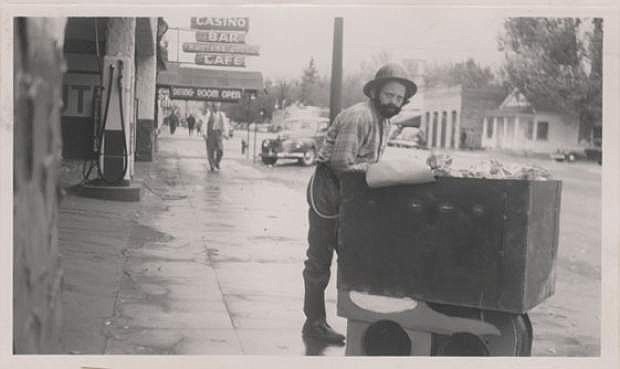 Mike Shaughnessy as a miner in the 1948 Nevada Day Parade.