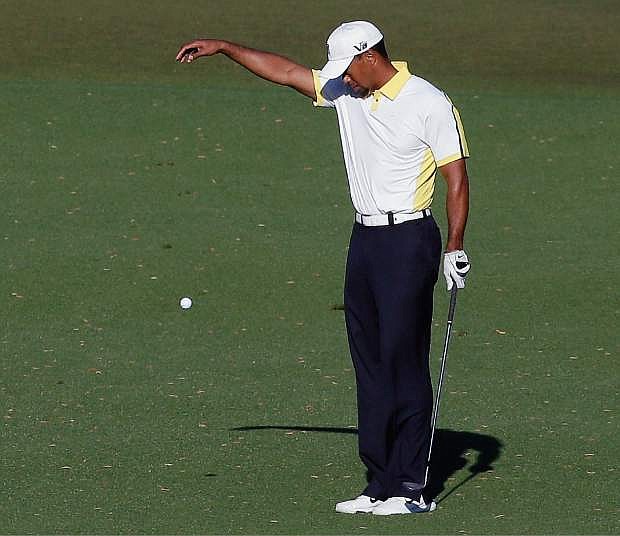 FILE - In this April 12, 2013 file photo, Tiger Woods takes a drop on the 15th hole after his ball went into the water during the second round of the Masters golf tournament in Augusta, Ga. Golf Channel analyst Brandel Chamblee says he insinuated that Tiger Woods cheated and gave the world&#039;s No. 1 player an &quot;F&quot; for his five-win season in a column he wrote for Golf.com because &quot;ethics matter more than athletics.&quot; (AP Photo/Charlie Riedel, File)